Recite a Poem as You Dress

Today author and MFAC faculty member Ron Koertge* talks about a recent email he received from his colleague, Anne Ursu, on the topic of poetry and how it helps kids with autism.  Ron takes this idea a step further and talks about how we all could benefit from a little more poetry to help organize our busy lives and minds.


Recently Anne Ursu sent Chris Heppermann and me some information about a workshop she attended. It focused on kids with autism. Here is a paragraph from Anne’s e-mail:“They said poetry was really effective with these kids who had intense interests in things, who were able to respond really well to form, who could use and see language in profound ways, who have a natural ability for metaphor and deep empathy. They described formal poetry as organizing for the mind.” 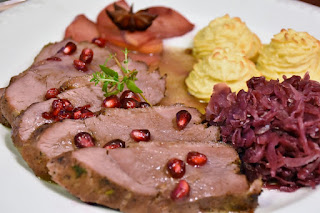 I could immediately see how this would work. For me, fixed forms (sonnet, villanelle, sestina, etc.) quiet the mind and organize a hash of emotions into a tastier meal with maybe an arresting simile at the end for dessert.

I’ve taught dozens and dozens of workshops and in most of those I insisted on fixed forms, since one of the dangers of traditional workshops is having them turn into therapy sessions where someone writes a sprawling free verse poem about her divorce and everyone starts clucking and telling their divorce stories. Some of the aggrieved hook up, there’s a quick wedding ceremony, couples counseling, and another divorce. And all this before the break! Okay, I made that last part up, but the point is the poem as a poem has been forgotten.

Let’s think about a poem that is basically a complaint – nobody understands me so I’m going to go up on Echo Mountain and cry. Everybody’s written this, especially in some hideously expensive journal with a leather cover and a silver clasp.

Take that poem with all its legitimate angst (it’s truly dispiriting to be misunderstood) and invite it into a simple form like the sonnet. Immediately meter comes into play; that makes the incident or experience more melodious; even if that melody turns out to be strident and cacophonous and would generally make Phillip Glass happy, the sounds are still organized in a way lots of free verse isn’t.

Next comes rhyme and right after that the search for synonyms. Lots of young poets say things like, “Well, rhyme won’t let me say what I mean.” Here’s what I tell them: “Good. I know what you mean. Say something that doesn’t bore the crap out of me. Don’t rhyme misunderstood with childhood. Everybody does that. Rhyme it with Hollywood and see where that takes you.”

Here’s another sentence or two from Anne’s e-mail: “He told a story of an autistic teenager who could only tie his shoes when he recited William Blake – he needed the meter to organize his mind enough to get the executive functioning to perform the motor task.”

I wish everybody – not just kids – would recite poems as they dressed. Imagine a neighborhood where poetry soared out of bedroom windows as folks laced and buttoned and zipped before the work day began. I’d live there for sure. Wouldn’t you?
P.S. Don’t get me wrong – poetry can be used as therapy and a poem can be purging. Just don’t purge around me when I’m wearing my good pants.


*Ron Koertge is a faculty member at Hamline's MFAC program.  He writes poetry for everyone, fiction for young adults, and most recently co-authored a young reader series (Backyard Witch) with Hamline alum Chris Heppermann. Book # 1 of that series -Backyard Witch: Sadie’s Story - is out now (read the publication interview). His latest work also includes The Ogre’s Wife, Coaltown Jesus, and the unforgettable Sex World - some of the fastest flash fiction in the world.

You can learn more about Ron's work by visiting his website or visit his faculty page to learn about him as a professor at Hamline University.