Above is a link to an interview with me, Steve Herrick, and Helen Frost.  All about the novel-in-verse.

The Devil Made Me Do It

In the Hamline MFAC program we encourage students to try different forms of writing as well as to write across the genres. This isn’t a “do as I say, not as I do” injunction. Members of the faculty also play around with their writing, and some of that play time has been a springboard for serious projects that resulted in publication. Most recently, Ron Koertge and Anne Ursu have explored fairy tales (Lies, Knives, and Girls in Red Dresses; Breadcrumbs), Gary Schmidt bit the bullet and wrote a fantasy (What Came from the Stars), and Mary Logue wrote a picture book (Sleep Like a Tiger).

Though nothing is headed toward publication—or even the open air of a public reading--I’ve been playing around too.

Earlier this week I wrote about the NY Times interview with Kate Atkinson. Another gem from that article was her description of what she learned by writing fiction for women’s magazines: “You learn to turn a story around on a sixpence.”

This is not a writing skill I have, something that was made clear to me a few years ago when doing some work-for-hire writing. The editor of the project kept rejecting my ideas for stories with the same question: where’s the moment of change?

Those clear short-story moments when things change elude me. I like a bit of ambiguity, you see, served with a side of complexity. Novels are my natural playground.

Still, I want to have the skill, and as a result I’ve recently been writing flash fiction and reading a lot of revised folk tales, hoping that an immersion in the modern use of old stories will help me acquire a feel for the short form.

I’m not sure I’ve got that under control, but I did come up with a splendid writing exercise, one I’ve already had fun with for my work-in-progress as well as the novel on the back burner. The origin of the exercise is Newbery-winning writer Laura Amy Schlitz’s book The Bearskinner. (I should note that lately my source for finding folktale retellings is Lise Lunge-Larsen; her wonderful weekly blog for Children’s Literature Network (Snipp Snapp Snute) is loaded with recommendations. Yes, I could browse through the 398s at my library, but why not let an expert do some legwork?)

In The Bearskinner, a man makes a deal with a devil, and the story goes on from there. As Lunge-Larsen points out, a deal with the devil is an old trope.  It’s also a great idea for character exploration. What deal would your protagonist make with the devil? Once the bargain is struck, what are the specific challenges that threaten success? If the devil is walking alongside the protagonist during the period of the deal, as in The Bearskinner, what  conversations would occur?

Even if your story is firmly grounded in a world that acknowledges no supernatural whatever, I bet you can still learn something by playing around with the devil.

Back in the Saddle

I’ve just returned from a week’s vacation. I did not write nor did I try to write nor did I think about writing. I did get on a horse, I did complete a 6 mile hike in the red rocks of northern Arizona, I did drink a bit o’ wine.


Yesterday morning I was home again and busy with newspaper and coffee and delighted to see a NY Times magazine article by Sarah Lyall about the wonderful novelist Kate Atkinson. If you’ve not read it, please do so.

Here’s a quote from Atkinson that sent me free-falling out of vacation mode and back into the writing life:
“It’s the nearest we’ll ever get to playing God, to suddenly produce these fully formed creatures. It is a bit odd. Other aspects you work out more—you rework sentences, you rework imagery. But not characters. They’re not deciding their own fates, clearly, but once you have them, that unconscious process is at work.”

I was at first at odds with Atkinson’s claim about not reworking characters, probably because I do rework characters—I have a lot of exercises I do with them—and any student who has worked with me has likely been ordered to do the same. But as I considered it more I thought, yeah—I’m not changing them so much as finding out more about the character who has sprung to life, sometimes unbidden.

Then, according to Lyall, Atkinson “talked about her characters as a means to an end, as if they were pawns in a board game.”

“Pawns in a board game” is not only a cliché, but one that suggests an emotional detachment I never feel when reading her novels; still, it’s a useful image for a writer, I think. We do manipulate. We  move things around. We play God.
Posted by Marsha Qualey at 11:33 AM 2 comments:

A Thought From Church

Award-winning Gospel singers Mary Mary sing about how happy they are in church on  Sunday Morning, singing in the choir. This past Sunday morning I was happy and relieved to be in church, too, and mostly in my right mind.
I looked at the hymn we were about to sing and smiled:
“Let me more of their beauty sing,
“Wonderful words of life.”
That struck a chord with me, so to speak. No matter what our state of mind, we writers can still be uplifted by the words we select to tell the stories of our lives and of the characters we create.
Wonderful Words of Life was one of hundreds of hymns fashioned by Christian songwriter Philip P. Bliss (1838-1876). Bliss led an amazing life and experienced tremendous joy through the text  and tunes that God gave him to use.
Though many of our own words are neither beautiful  nor wonderful -- and in fact the definitions of a significant number are decidedly ugly, hideous,  downright dreadful and meant to be,  our ability to choose and use words are delights in which we, too, can find joy, and  can thank the Almighty for letting us borrow them.
“Beautiful words, wonderful words, wonderful words of life.”

Posted by Eleanora E. Tate at 6:48 PM No comments:

What Is the Poet Trying to Say?

If there's a question that puts poets' teeth on edge it's that one.  It suggests that we're drooling incompetents who just can't articulate something so we decide to rhyme.  I'm thinking about poetry this morning because I've been reading Albert Goldbarth.  But I'd be hard put to tell anybody what Albert is trying to say.  He's having such a wonderful time on the page that meaning (in the high school English class sense) is irrelevant.  One of the blurbs on the back of Across the Layers  says he has a "rage for language."  I'd second that.  Billy Collins has a deep affection for language and Barbara Hamby -- with a chair and a whip -- can make it do tricks.  But "rage" is a good word for AG's work.   If Albert were writing this he might go from "rage" to "ragged," from "ragged" to "ragtime" from there to "raglan sleeve" to God-knows-where.  He's as much musician as poet, starting with a familiar melody then seeing how far he can roam without forgetting where he came from, and finally bringing it all back home and parking it in the driveway.

Take a look at any Goldbarth collection.  You won't be sorry.

Mary Rockcastle--director of all the writing programs at Hamline--asked me to post a quick note to let everyone know that the deadline for summer admission to the MFAC program is coming up--April 15. If someone you know is thinking about applying, or if you are, now's the time. Join us!
Posted by Marsha Qualey at 12:57 PM No comments:

Clearing out the Post-its 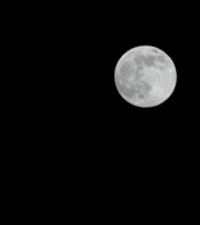 I bet I’m not the only one whose library is dotted with books that are dotted with Post-its. For the most part I only use them with books I’m studying while prepping a lecture or responding to a manuscript. Sometime the sticky has nothing more on it than an exclamation mark, and then it’s often a coin toss as to whether I can remember why I marked the page.  Every now and then I clean off all the stickies in the books that have piled up, and today was one of those days. And so tonight I offer up some sticky passages that I think were the ones that merited the exclamation mark. (Most are from three volumes in the “Art of … “ series from Graywolf Press.)

The Art of Subtext by Charles Baxter

The Art of Description by Mark Doty

The Art of Time in Fiction by Joan Silber


Posted by Marsha Qualey at 8:05 PM No comments:

Has Your Story been Basalized?

The other day I ran across Jane Resh Thomas’ essay “Books in the Classroom: Unweaving the Rainbow” published in the Nov./Dec. 1987 issue of the Horn Book.  In it she bravely took issue with some basal reading programs.
During those days basal readers were part of  reading programs designed to teach children to read by taking apart  an excerpt of a writer’s published story or book, changing the words and then publishing it in a reading textbook, workbook or other supplemental material for children to read in the classroom.  Teachers and children either loved -- or hated -- basals.
Jane’s essay argued that teaching through basals seemed to “interfere” with kids’ overall enjoyment of reading, as well as interfered the ability of  writers --  whose “basalized” work was in those readers  -- to communicate with children through the writers’ art. She related some experiences about her own stories that faced  “basalization.”
Many educators  rebelled against teaching basals in the 1980s and instead joined the “whole language ” movement. Whole language teachers (as I understood it ) allowed their students to read an author’s short story or  book, enjoy that story or book, and learn from  one or the other  across the curriculum. Folks who didn’t understand, who didn’t teach  or didn’t want to teach “whole language” in turn rebelled, too.
Thanks, Jane. Your essay is still food for  thought for teachers who love to read themselves and teach reading, and for writers who want children to read exactly what they've written.
Reading methods will continue to  evolve, and I believe that we writers will continue to want to have our work connect in meaningful ways with one’s audiences. Writer Joseph Conrad  even said he had a task to do for his own audience.
His task was … “by the power of the written word, to make you hear, to make you feel -- it is, before all, to make you see.”