Remember The Drawer?  That place to put poems and stories until they cure?   Or are forgotten.  But forgotten in the best sense?  (And do you like all those fragments, you grammar cops?)

Well, sign me up as Pro-Drawer.  I was cleaning computer-house the other day (picture me with a virtual mop if that will help), opening cyber-drawer after cyber-drawer.  I'd put a bunch of poems and some Flash Fiction pieces away when I started to work on LIES, KNIVES AND GIRLS IN RED DRESSES.

And there they were.  Sometimes I open a drawer and there's money in the back.  Sometimes just a dead mouse.   It's not hard to tell the difference, is it.

Man, there were a lot of dead mice in my cyber-drawers.  (Go ahead and make the joke about the other kind of drawers.  I'll wait.)

The point is I could tell the difference between  a poem or story that was pretty good or might be pretty good and those that were hopeless.  It was clear in a heartbeat.   So I kissed those hopeless things good-bye.

Throwing moribund things away can be really liberating.  And the old New Age bromide might be true:   Make room for the new. 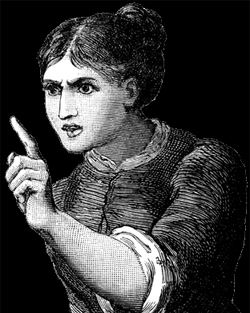 Though I'm a writing teacher, I am not a grammar maven, much less a member of the grammar police. When I work on student writing and must pretend to be a grammar maven I do so with reference books within reach. Hard copy dictionaries (Merriam Webster, American Heritage) usually get the job done. I also keep a few bookmarked sites open on the computer: Chicago Manual of Style Q & A, Purdue University's Owl, Urban Dictionary, and a few others. Pain in the English is a fun and also aggravating site that I only occasionally refer to because I usually end up disappearing for long stretches of time when I go there, but it's a useful one that often stays my fledgling maven hand because of the range of opinions weighing in on such things as "Use of 'their' as a genderless singular," one of today's topics.

The site's mission is listed at the very top of each page: "Forum for the Gray Areas of the English Language." Well, that's nice. Then when one reads on one sees: "Because meaning is fundamentally indeterminate."

Now that's some meat to chew on. All you children's book writers out there: How does this apply to what we do? Discuss!

MarshaQ, getting reading for summer residency.

What picture books do you read to girls... 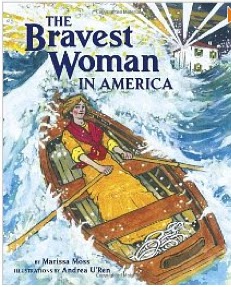 I mean, besides picture books about being princesses, and loving purple and pink, and choosing shoes or dresses.

I didn’t realize how boy-oriented my early picture book collection was until my daughter was born four years after my son. Sure, there’s crossover appeal in many picture books, but there also seems to be an overabundance with boys as the main characters. And many of the picture books that have come in as well-meaning gifts that my daughter (now 5) could have books “just for her” are as saccharine as pancakes topped with maple and corn and chocolate and strawberry and butterscotch syrup. A friend was recently surprised how much her reading options narrowed when her 5-year-old daughter decided to stake out her place in the world by only listening to picture books with girls as the main character. The books about boys are now the sole domain of her twin brother. Personally, I wouldn’t take the point that far, but then I’m not a 5-year-old who’s experimenting with how to define herself.

For my own daughter’s bookshelf, I find that picture book biographies or legends are reliable genres for balancing out the bubbly bling. Books like the one pictured at right. Or Phyllis Root’s Paula Bunyan, or Claire Rudolf Murphy’s Marching with Aunt Susan.

Sometimes I wonder if more books with strong girl characters are out there, but are hard to find amidst the marketing of princess, princess, princess. What could change that? What do you read to your girls? Where does this challenge come from?
Posted by Cheryl Bardoe at 2:20 PM 3 comments:

Is It THIS? Or THAT?

Writing in the June 7, 2012 issue of Writing-World.com editor Moira Allen asks us to think about whether writing is an "art" or a "craft". Which is it? Or  is it both? Or neither?  Or something else?
Years ago I was on a state  "arts in basic curriculum" committee and we were trying to show the academic world in that state that creative  (both fiction and nonfiction) writing deserved to be taken seriously. i.e. funded. But the details kept getting bogged down in "is it an art like music and dance?" or "isn't it what we use to communicate? It's just English class!" and on and on. We ended up with a form of arts in basic curriculum but to this day I'm not sure what that particular committee ended up with when it came to creative writing.
Anyway, some "visual artists," according to Moira, can't accept "writing" as an "art" -- as compared with "painting" and "sculpture." Some artists believe that their "art" cannot be on the same -- obviously lower -- level as folks who create "jewelry, quilts," etc.  and other "craft." Some non-writers believe that "writing" is merely putting words down on paper. Some declare that "craft" is that commodity one finds the results of for sale at street festivals. Do writers have a "craft?" or a "trade," like learning how to cement a driveway or  make belts?
We declare that we have a toolbox!
In this, one of her longer columns, Allen writes that "writers are no different from painters, sculptors, or whatever: They create SOMETHING out of NOTHING." Still, can a real writer write without knowing the "craft"? Are real writers born? Or made? Or learn how?
I believe we have both, maybe all three, or more. But do we do it because we love it and it's just happenstance that we get paid to do it? Or does that make it commercial?
Go to http://www.writing-world.com/ (12:11; June 7, 2012) and read  Moira's column "From the Editor's Desk: Is Writing an Art or a Craft?" and let me know how you feel.
Posted by Eleanora E. Tate at 3:01 PM No comments:

Digital books for 6 and under?

There’s a lot of buzz these days about e-books and picture book apps, but not a lot of research yet on what these experiences are like for the pre-school set. A “quick study” by the Joan Ganz Cooney Center, a think-tank for research and development of digital media to support children’s learning, shows this: Reading comprehension among 3-to-6-year-olds may be the same between print books and basic e-books, but dip as interactive bells and whistles are added to the e-book. The report is called a “quick study” because it focuses on a small sample size of 32 pairs of parents and children, but it’s a start to explore critical questions about how digital media may or may not be useful at the critical time in a child’s development.

The American Academy of Pediatrics has long recommended no screen time for children ages 0 – 2 years, and no more than 1-2 hours per day after that. Traditionally screen-based offerings for the pre-school set have been mostly passive ways of receiving information about the world. The research above suggests that adding meaningful interactivity for this crowd may be difficult. As older digital media consumers, we use interactivity to access more information, solve puzzles, and drive our own experience. It seems that the interactivity so far being offered to the youngest crowd is of the lights-and-sounds type that distracts from, rather than enhances, the overall content.

Perhaps this is a case where less is more, and sticking with a straight translation of the print book into digital format is better than taking advantage of all the capabilities of the media just because those capabilities exist. We’ll need more research, but in the meantime, I’m sure there are lots of opinions out there. What do you think?

As most of you know, I write something every day and am not afraid to fail since most days that's exactly what I do.  As a modus vivendi I value insouciance, so I shrug and figure I'll do better next time.  Sometimes that's true. Recently I've been writing/re-writing what should be a simple poem or prose poem about someone I went to high school with:  Bobby Delmano.  He was an interesting guy who took shorthand instead of shop and, after graduation, got a job as secretary to an oilman who went places women, in those days, either wouldn't or shouldn't go.  Kind of a cool story.  But not a cool poem.  So recalcitrant and willful.

But it occurs to me that this particular poem doesn't have to work since once I get warmed up by failing with the Bobby D poem I move onto something else that usually works better.  So maybe Bobby is merely my Virgil, leading me through some minor and quotidian Inferno and all I have to do is be grateful.  Like Virgil to Dante, Bobby is just a means to an end.

I wonder how many of you have a story or character who is uncooperative.  If so, see if you don't have a Virgil of your own.

Now on a lighter note, Saturday is the Belmont, the last leg of the Triple Crown races.  I'll Have Another (a reference to cookies, not liquor) is poised to be the first Triple Crown winner in decades!   I hope he does.  At 3-5 he's not much of a betting opportunity because he may be vulnerable at the distance, but he fooled me in the Preakness and might do so again.  A race worth watching though.

See many of you in about a month.

Now it's the Movies

We’re often told that the movie version of a book isn’t as good as the book itself. I tell you what -- that’s certainly true when it comes to big mouths  yakking in the movie theater.     Lordamercy! I shut up even before the previews begin. I find a seat to the left or the right of the screen off to myself because I want to fully immerse myself into the scene, the dialogue, the characterization, or imagine myself writing the screenplay.
But invariably a yakkety-yakker flops down behind  or beside me --  smacking on popcorn and slurping soda -- to talk on the cell phone or to anyone else stupid enough to come with them  from the time he/she first sits down  near me until the time the movie ends. The last straw is when he/she behind me props his/her legs over the chair beside me.  I WILL move, fuming  all the way.
What if you had two or three pairs of lips smacking inane conversations around you with every page you read? Imagine  that you’ve just settled down in your favorite chair to read a new book. You’re ready to be hooked by the conflict, inspired by the main character, motivated  by -- when Mr. or Ms. Loud Talker squeezes in beside you to share YOUR book? “I can’t see the words; move the book closer to me,”  Nosey says. And “Are you gonna eat that peanut butter sandwich?” And “This is all dialogue; turn the page and get to the action.”
It’d be almost impossible to read with these  blabbers hogging in on you.  What if you had to share a Kindle or an E reader with them, too? Thank goodness that can’t happen the way it does in movies. Or can it?
Posted by Eleanora E. Tate at 10:00 PM 1 comment: