Prose comes from the Latin prosa = straightforward, “without the ornaments of verse.”  Oh, dear.  ‘Ornaments’ is an awful word.  Verse as Christmas tree, similes and metaphors dangling from the branches.

Many of the poems I write are, as many have pointed out and not always kindly, “prosey.”  Meaning easy-going and fun to read.  And they can be straightforward because I want readers to come along with me but if I really wanted to be straightforward I’d write prose.   One of my disciplines is to reward my readers with something yummy every few lines  -- a turn of phrase, an unlikely word in a likely place.  Whatever it takes to keep someone’s eyes on the page. 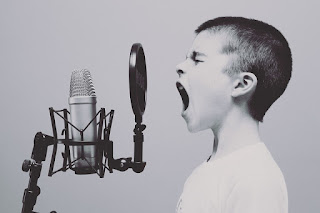 Sonnet is from the Italian sonetto:  little song.  I don’t write many straight up sonnets, but all my poems are little songs:  melodies, show tunes, arias, lullabies, hymns.


Right next to the airport is a gentlemen’s
club  where all the dancers wear Santa
hats.  I have a stiff drink, slip 20

to the topsy-turvy down girl on the pole,
then enter the freeway tentatively,  like
a horse at the ocean.

Windows down, I hear John Coltrane
from the nearest Camaro and near
1st and Hill somebody praying
from a rooftop.
Home at last I park beside an electric
reindeer lying on its side and twitching.

Lighted windows.  On the shadowy
porch the smokers are changelings,
shapeshifters.

It’s California, winter, but something
is blooming.  Perfume and terror.
Coming in hot to LAX, the woman
beside me clawed at my jacket.

“Tell my husband I love him,” she
cried.  Taxing to the gate she blushed,
“That  thing before?  It’s not really
true.”    But she was excited still.

Vibrant and giddy.  Glad to be alive.
“I’ll never forget,” she said, “the first
time he kissed me.” 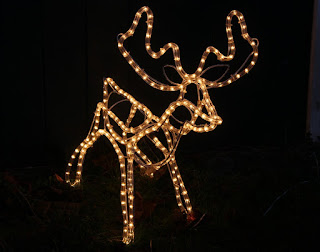 There are some things in this draft that kept me interested.   The long title pushes me into the poem, the simile in the second stanza was a pleasant surprise.  I’m okay with Coltrane, the electric reindeer, the smokers but then the little song slips off-key.  Where’d that woman come from?    The last thing this piece needs is another character, much less another one with conventionally sentimental feelings.

Come back on Thursday to see how Ron revises his poem.


*Ron Koertge is a faculty member at Hamline's MFAC program. He writes poetry for everyone, fiction for young adults, and recently co-authored a young reader series. You can discover Ron's literary work by visiting his author's website or visit his faculty page to learn about him as a professor at Hamline University.

Faculty Voices with Sherri Smith: Writing in the Age of “I Wonder What Comes Next” 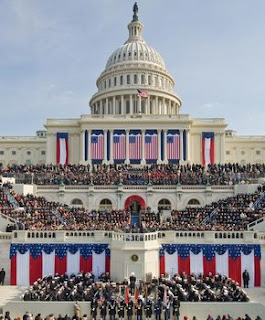 Were you like me, and so many other writers, mid-draft in something and feeling pretty good about it (or terrible, but willing to continue because it still felt promising), and then… the election.


I wonder if you’ve felt the sea change?


Regardless, the thing lying on your desk now labeled “Relevant Text” is no longer quite so relevant.  It’s as if you’ve written a manifesto in Standard English and woken up in a world that only speaks Pig Latin.  Now what?  Can I rewrite this?  Should I?  Will Pig Latin last?  What if Pig Latin lasts?  H-oay o-nay!  (Is that even correct?)

You have become irrelevant over night.


Or, if you are very lucky and prescient and timeless, you’re “this is going no where” work is suddenly the Great American Make America Great Again Novel!  Maybe it’s a clarion call for justice no one knew we needed.  Maybe it’s a treatise on how to reunite a nation half the citizens didn’t realize was divided.  Maybe you will be the next Nobel winner for nailing it, and getting it to market on time!

Do we scramble to write more sparkly vampires because, hey I hear that was hot a few years ago, or do we stay committed to our newly not-so-relevant works and mine them for new relevance?  As chidren’s writers, how do we deal with our own sudden coming-of-age while still offering honest guidance to the next generation?
Because, as much as the world has changed and continues to change, so are we.  We are no longer looking back in order share what we’ve learned with young people.  We are learning anew, and we need time to absorb this new age of “I Wonder What Comes Next.”  The only thing that has stayed the same are your manuscript (and if you had one, your deadline).  And now your story is wondering, “What’s the attire in this brave new world?”  Brown shoes in a tuxedo country?


It doesn’t matter because, in this case, the writer makes the clothes.  Listen to your self changing, growing over the next few months.  Tap into the truth of this new coming of age.  Who will we be as a nation?  It’s that new citizen who will be the one picking up the pen, flipping open the keyboard.  That’s the writer you will have become.  And our manuscripts will never be the same.


As Octavia Butler said in her seminal novel, Parable of the Talents:  God is Change.


Welcome to the new religion.

Alumni Voices with Orrin Hanratty: A How To Guide to Getting People to Write Stories For You 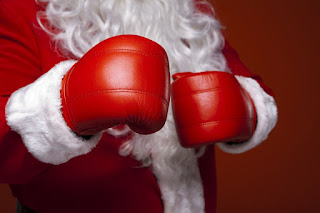 A few weeks ago, I woke up with an idea to write a collection of short stories about Winter Holiday figures. I asked around to see if anyone else had some holiday stories they’d been meaning to write down, but never had the time or the motivation. I made a post on Facebook and a little over a dozen writers responded. I made a group chat. We had some fun conversations. We wrote and encouraged each other and then the weirdest thing happened.

I found myself in the possession of not just my weird story, but also the work of eight other writers. And I had promised to do something with it. It was almost like I asked for it.

Oh no!
I did ask for it!
Obligation!
Responsibility!
This was a disaster!

So I made a website, and I posted them on it. It… was basically just that much work. When I was done with it, everyone thanked me for all the work I did, but honestly I barely did anything at all. My part in this was to ensure the formatting looked right, make up fun titles, and write an introduction on each one before posting. There isn’t much to getting people to write for you provided you ask nicely and following through on your promise to post them. I really wish I could say I did something special, but the writers did the real work and I can’t thank them enough. So instead of trying to take credit for what other people did, I want to show you the Renegade Shorts Winter Holiday Showcase. 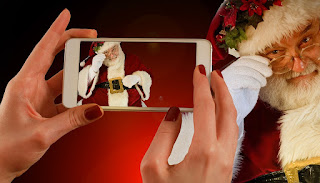 Day one: I posted my story first because it was my idea so I might as well be the first one out of the gate. It’s called No, Virginia. For Real: I’m Santa Claus, and it is the story of a stoner mall Santa, who falls through a time vortex and inspires Santa Claus.

After that we had ClericalError by Judi Marcin. It’s about faithful Christmas Elves responding to an existential threat to the concept of Christmas.

Jennifer Coats gave us CarelessDrumbeat, a dark story about the little drummer boy. 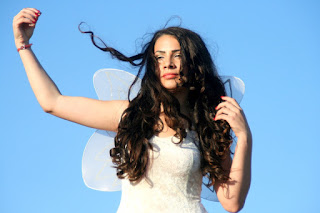 Susan Lynn gave us a story of forbidden romance and disappointing job placement with WinterFairy.

Jacqueline Hesse, terrifies us with the dark tale of Zanta in Green Hands.

Polly Alice McCann took on the task of showing us how Santa’s significant other deals with the holidays in The Mrs. 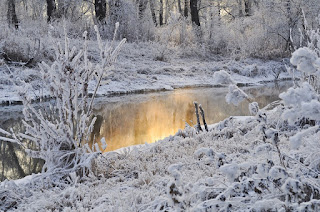 Linda K. Strahl takes on the spirit of Jack Frost, and the harsh nature of winter in Hell Is Frozen.

And on the final day we were given Fear and Loathing in the Left Lateral Incisor by Aimee Lucido, a strange and dark story about the how the Tooth Fairy came to be.

With that being said, I never could have gotten into the rhythm of getting these done and placed without Melinda Cordell helping with editing mine, and the first few days. She was a great help.

Now that it’s done I feel a great relief. And yet, I really enjoyed the last few weeks, and so did the people who participated. It was fun talking the stories over, it was fun writing them, and it was fun sharing them… so let’s do it again! 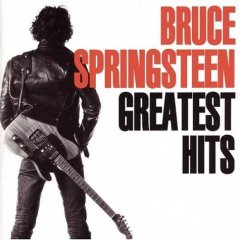 I’m announcing another short story showcase, for anyone who wants to join the fun. The deadline for submissions will be March 1st, and the stories will be posted starting on March 22nd. And it will be a Spring theme. No… It will be a Bruce Spring Theme. I don’t know what that means yet, so I’ll leave it to you. If you want to play this game with us and write a story email me at renegadeshorts@gmail.com or message me on Facebook or twitter or if you have my number text me.

Since this is a brand new website it’s not polished yet. I’m going to do my best to make it look as good as the stories that my friends above wrote for me. Thanks for reading, and please try check out the stories and try to write one for yourself. Or write it for me and I will definitely post it.


Orrin is a writer from Providence, RI, and graduate of the MFAC program. His life goals are to write children's books and make pancakes on Saturdays.
Posted by Admin at 4:21 PM 1 comment: