This week we have an early look at MFAC alum Jane O'Reilly's upcoming book, The Secret of Goldenrod. 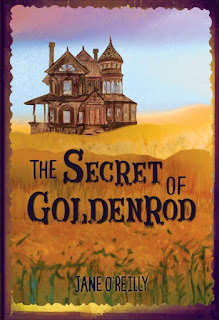 Story Summary:
When Trina and her father move into Goldenrod, an abandoned Victorian mansion, Trina hopes she will finally have a place to call home--and a chance to make friends at her new school. But school doesn’t go as planned and, and Goldenrod might be haunted.


Then Trina discovers Augustine, a tiny—and very unusual—porcelain doll that belonged to the little girl who lived at Goldenrod a century ago. With help from Augustine, Trina realizes Goldenrod is trying to tell her an important secret, one that may just change her life.

"I am thrilled to be able to share the process and the cover reveal among the Hamline community," says Jane.

The Secret of Goldenrod will be released on October 1, 2016 through CarolRhonda Books, a division of Lerner Publishing.
Posted by Admin at 9:33 AM 12 comments:

Today's post comes from MFAC alum Ann Quiring*.  She writes to us on the very real problem of losing the urge to write and how she was able to overcome it.

A few years ago, my internal writing machine, the spark we all need to get our butt in that chair, shut down. System failure. I just couldn’t put words together anymore. I quit my writing group. I stopped attending local kid lit and Hamline MFAC alumni events. I hid from questions about my writing, because I felt ashamed of my answer.

Hamline taught me to find the heart in a story, and fortunately, my writing journey has a hopeful ending.

The reason for my writing breakdown was rooted in a critique for a novel I had worked on for a long time. I know what you’re thinking: Ann, we have to be able to hear tough critiques as writers. We need thick skin. I know. But this critique cut into my writing soul like no other response I had heard before. I can’t explain why; it just stopped me from even thinking about a revision, or a new project. 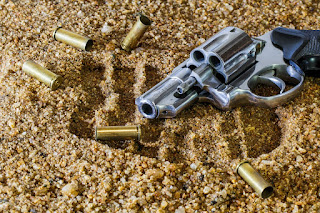 So instead of writing, I read. I devoured literary fiction, mysteries, memoir, and short stories. Reading is a natural way to fight writer’s block, and my reading led me to finding a new genre. I had enjoyed every mystery I read, so last fall I took a Crime Fiction Writing class at The Loft Literary Center in Minneapolis. This class helped me dissect the mystery novel and inspire my writing in a new way. 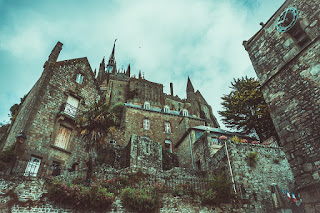 This month, I’m taking a Gothic Horror Writing class taught by MFAC alum Jackie Hesse (she is a great teacher). Now I really don’t like gothic horror—I faint at the sight of blood—but I thought the class would complement my mystery writing and teach me a few things about suspense, and it has.

During this time of rediscovery, I started writing a young adult mystery novel, and I just shared the first chapter with some fellow writers. I am writing again. Sharing my writing is still as terrifying to me as a gothic novel, but it’s also home. I’ve found comfort in writing again.

If you find yourself stuck, try something new and different. Take a sewing class. Jump on a trampoline. Discover new people in your community. As simple and clichéd as it sounds, it worked for me.

*Ann Quiring likes to brag about being in the very first (and in her unbiased opinion, the very best) Hamline MFAC class of 2009. She lives and drinks a lot of strong coffee in Minneapolis, MN.